I am familiar with a range of text books used in schools. I can also recommend excellent Latin textbooks which I prefer to use during our tutoring sessions as well as many of my own personally made resources. Here is a list of some of the most popular textbooks which I like to use for tutoring:

The text/work books I recommend for learning Latin are: 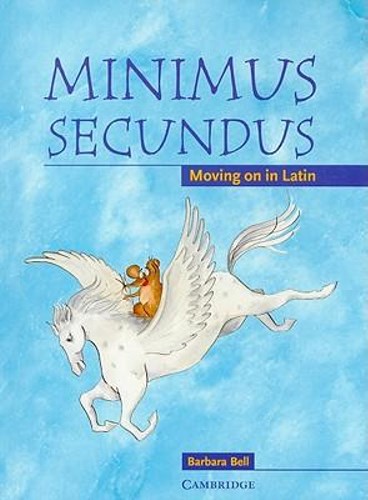 The Language International Bookshop has some excellent French Resources on offer which you can purchase online for additional French reading.
In terms of new releases here are some suggestions:
Short stories in French
Le Petit Prince
Emma a Paris La forêt de travers La vie de Coco Chanel  Au marché   You can also do your own search here with Shop Now<https://languageint.us2. list-manage.com/track/click?u= 52277764421df548b04db3482&id= f6b2ce4b9e&e=1150a7bfeb>   New FRENCH books can be found in this brochure <https://languageint.us2. list-manage.com/track/click?u= 52277764421df548b04db3482&id= 4acfefa354&e=1150a7bfeb>

I tend to refer to my own resources depending on the topic and prescribed study text. I can also recommend suitable texts from the list of prescribed texts from NESA for the  different stages.

Some other useful language learning sites:

Students who excel in Latin acquire certain transferable skills.  Their knowledge of grammar and syntax enhances their ability to express themselves in English, both orally and in writing.  In addition, the skills required to work through a complex Latin sentence give students practice in thinking precisely, systemically and analytically.

The ability to recognise (from re-again and cognosco, cognoscere, cognovi, cognitus- recognize, be aware of) a Latin derivative facilitates a better understanding of language and its evolution.

Through learning Latin one is able to understand references to Roman mythology and culture in modern media, and can debunk popular myths about ancient culture.

An education in the Classics is able to enrich many aspect's on one's life.

When studying Latin, you understand the English language better as you learn more about different grammatical constructions and word functions. I have learned more about English grammar taking Latin than from English class. Continuing with connections, more are uncovered while studying Roman culture. My favourite example is that the Romans had super-complexes where one could bathe, work out, and eat — I think of them as today’s fitness centres.

Latin gives us many words in both English and the romance languages. By increasing our familiarity with etymological roots, we become better acquainted with their contemporary cognates- - if you ask for a receipt (recipio, -ere: I take back). You likely will not use it in casual conversation, although, "conversation" itself is derived from a Latin word (converso, -are: I consort with (lit. I turn with).  It wasn’t until I explored the Latin origin of chastity (“castus” - morally pure) and the Roman virtue of “pudicitia” that I understood. For the Romans, chastity wasn’t just celibacy (as we see it). Chastity involved being principled about sex. While chastity can mean abstinence, a person can also act chastely by refusing to practice acts they consider sexually immoral (in+castus becomes “incestus” - sexually immoral or… incest). Latin allowed me to inherit a new and better understanding of an old idea through etymological exploration.

I love Latin because it makes better writers.

It's difficult to grasp grammatical constructions as a native English speaker. I use verbals, complements, and dependent clauses all without thinking. Latin helped me achieve a concrete understanding of what those things were and the roles that they played.

Not only that, but English has a lot of fluff. I used to overpack my sentences with ornamentation. Latin taught me the value of being concise. It doesn't have articles, and prepositions are sometimes built into the noun. In Latin, "I!" is a sentence all on its own. It’s the same message as "go!" but conveyed more efficiently. It may not always be the best strategy for making a word count, but brevity works to get things done.

I love Latin because, even more than I like writing and words, I like stories. I've never been able to resist a good fantasy, and I have an even harder time resisting a true, fantastical story. To me, Latin represents a beautiful wedding between history and myth - a union between two things I cherish.

Lastly, I love Latin because I have had amazing teachers.

I went to a college visit recently. There, something one of the current students said stuck out. “When you take a class, you don’t take the class. You take the professor.” The passion and creativity my instructors have demonstrated has impassioned and inspired me. More than anything, I would like to help another skeptical teenage girl fall ardently in love with a ‘dead language’.

It wasn't the practical applications that kept me in the class, but the stories. Rather than just a cold, mathematical world of conjugations and declensions, Latin class was full of anecdotes about people who lived lives that were like mixtures of Arthurian lore and Looney Tunes. Events like Cicero's histrionic diatribe against Catiline, in which he pretended that Rome itself was speaking to him, Claudius' execution of someone for making unbreakable glass, and Caligula's fabled appointment of his horse to the consulship captivated me. The Romans could be cruel and despotic, and their stories were almost definitely exaggerated if not completely fabricated, but they never failed to be interesting. Every class brought a new and fantastic tale.

I have heard people compare the moment when one realises the joy of translation to a door being opened into an entirely new room, but with Latin, I did not find a separate world locked away by the ages behind the text. So much of their philosophy, humour, plans and even day-to-day life was relevant to my own. It was more like I had suddenly gained the ability to see a heretofore invisible colour, one which had always been there, shading and highlighting and affecting the world around me.

While the memorisation of conjugations and declensions is admittedly not very romantic, and while there are grammatical exceptions in Latin as in any language organically created by human beings, there is something quite satisfying in mastering such an orderly structure and becoming able to recognise its patterns almost as second nature. Like a familiarity with mathematics, the mastery of Latin also lends itself to more well-ordered thought in the very minds of those who practice it.

The Latin language is also profoundly useful to anyone with an interest in the history of western civilisation. Latin was not only the universal language throughout large parts of Europe and the lands surrounding the Mediterranean for several hundred years during ancient time, it was also a valuable means of preservation and transmission of all that knowledge through the Dark Ages and into the Middle Ages. While translations exist of many of these texts, they can only do so much justice to the beauty and order of the original Latin, as well as frequently reflecting an unintentional bias or particular interpretation on the part of the translator.

Aside from its long and rich history, Latin still has a great many practical uses in the modern world. Its use in politics and the sciences in the present day is perhaps the most prominent example of Latin's continued influence on our culture. Not only are a significant amount of medical and legal terms heavily derived from Latin, my own sister was advised to learn Latin to assist in her study of marine biology and the Latin names of the various sea creatures. In addition, for English-speaking students wishing to pursue linguistics or especially the study of Romance languages, familiarity with Latin is an excellent foundation. Spanish and Italian grammatical structures, for instance, seem much more comprehensible to a student who has already mastered Latin. Finally and most personally, Latin is the official language of my own faith, Catholicism, and is still used frequently in liturgy despite last century's shift towards using the vernacular language of each country.

The benefits of studying and learning a second language are countless, here are some short videos on this topic:

"Employers will be looking for people who can think logically, communicate effectively and solve problems in innovative ways...people who know the fundamentals of the game, fundamentals we can cultivate through the teaching of Latin" - Ryan Sellers