Welcome to my tutoring website. My name is Harriet Houston. I recently moved to the country to live on my husband's property in Inverell, NSW. This move, along with the uncertain circumstances of a global pandemic motivated me to set up my own online tutoring business to help as many students as I could to stay on track and to feel engaged and motivated in their studies.

I have always loved languages. I started my journey learning languages from age 3 attending the French Australian pre-school in Canberra and then the Lycée Franco-Australien Telopea for primary school. I attended Frensham Boarding school in the Southern Highlands, continuing studies in French and beginning Latin studies. I completed my HSC for French and French Extension in Year 11 and the next year upon completion of all subjects I received dux of the school and an ATAR of 99.3.

I began teaching in 2016. At this time I was in my final year of University, completing Honours in French, as part of a Bachelors of Arts Languages at the University of Sydney whilst attending St Andrews College. I had just returned from a year’s studying at the Université Sciences Po in Paris. Before that I undertook a Spanish exchange at the University’s de Monterrey in Mexico. I went on to complete via online learning a Masters of Teaching Secondary at the University of New England whilst working full time at the Scots College in Sydney. I worked as a full time Latin and French teacher. I was also a stage 6 tutor and manager of year 8 Rugby Union from 2016-2018. I then moved home to the Southern Highlands and began to teach at Frensham in a similar role and as Equestrian Coordinator.

I love languages and think that exposing oneself to another language and culture does wonders for one's own self identity and confidence. I am easy to talk to, happy for you to tell me what you want to learn alternatively I can direct the learning programme. I will help you to improve in whatever language you may choose. I have lots of teaching experience. I am available to tutor outside school hours and on weekends.

Approach to Tuition: Open and flexible to whatever method suits you. The best tutoring is student directed so that the student's needs and goals are met and they feel that they are getting the most out of it! For tutoring sessions, I use Zoom which is an easy application to download (like Skype but more features) as it enables features such as share screen, chat and annotations.

I have a current ABN and WWCC. 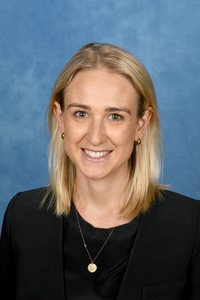 The value of Latin in the educative process is to assist in developing increased self- knowledge and a responsive relationship with other cultures and other times. The study of Latin has great value in developing an understanding of language. The very nature of the Latin language with its inflections, its word order and its strict attention to relationships between words and sentences compels the student to think seriously about language in general. The capacity to translate and articulate in one’s own language the thoughts, ideas and actions in another language is a mental discipline in the study of language and communication. In an English-speaking country the beneficial effect of this process is enhanced by the fact that the Latin language played a major part in the development of English itself.

The study of the Latin language gives students an advantage in learning any foreign languages because they have enhanced familiarity with grammatical terminology and complex linguistic structures. The student of Latin explores social, moral and political value systems and the way in which Roman concepts have influenced Western ways of thinking. The fact that English has inherited words such as ‘liberty’, ‘virtue’ and ‘humanity’ from the Latin libertas, virtus and humanitas demands a study of the meanings of each of these concepts in its own cultural context.

The study of the Latin language and the subsequent exploration of Latin prose and verse provides students with a singular opportunity for the pursuit of a liberal education.

Latin has provided me with my own answer to that “why”. This  answer has changed and grown over my teaching career.  As a student, I hopelessly fell for the passionate descriptions of love in Catullus’ poems. I knew that I wanted my own love story to have an elegiac ardor with the skies and stars as witnesses. As my life unfolded, I had a better appreciation for Aeneas’s journey of loss, renewal, and hope.  I felt how certain circumstances were like winds and waves brought on by the gods, unpredictable and at times, frightening. I also saw how like a line of structured dactylic hexameter, life can just make sense. Not only did my teachers of Latin make me love Latin more, but  they also fostered the idea of sharing that love with others. Latin had shown itself to be a vehicle for the many emotions and expressions of life. Who better to share that with than children, the ones who are just starting on their journey and always asking “why”?

My early days of Latin teaching began to answer more of the “why” for me. I saw excitement, anticipation, and fearless energy in my students. Some of them had some past experiences with Latin. Luckily for me, they were still willing to stick with it. My hope was to teach them the basics of language and give them tools to make it their own. I know that the language, culture, mythology and history have something for each person. Latin declensions, conjugations, and grammatical expressions are tools and keys. These keys and tools are given power through the interactions and exchanges in the classroom, both among the students, and between them and myself. I have seen students begin to turn these keys together through discussion and group work. The feeling of excitement affects them and me.

I am still finding more answers to the “why”s. I am starting to think there may be a theme and that is Latin itself. It is a language, an expression of joy and sorrow, perseverance and shared victories. It is a tool, and a gateway into a limitless world within which one will find an answer.

"Latin teaches you the skill to analyse with accuracy and attention to detail in all things you do. A skill which is in great demand today. Latin allows you to read some of the greatest literature ever written. In a global sense, it teaches us how to be human. What could be more relevant in today's society than a character like Archias who is fighting for citizenship or studying a character like Aeneas who is a refuge seeking a new home after his homeland was destroyed and his people displaced?"    Emily Matters, President of the Classical Latin Teachers Association (2018)